Review of "Past Life" by Gloria Geller

Film Review of “Past Life”
by Gloria Geller
Watch the trailer .........
https://www.youtube.com/watch?v=OAusc98tGo0 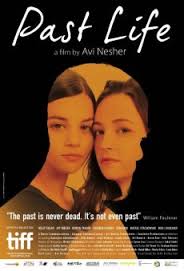 The Israeli film “Past Life” directed by Avi Nesher with actors Joy Rieger, Nelly Tagar, Doron Tavory and Rafael Stachowiak and dialogue in Hebrew, Polish, German, with English subtitles, is a powerful, moving film based on a true story drawn from Dr. Baruch Milch’s journal, supplemented by the experiences of his two daughters.   Surrounding the film is the music, including the compositions of Milch’s daughter Ella Milch Sherrif who is the model for Sephi in the film.  The film raises questions for the two daughters of an Israeli gynecologist about what their father did in during WW11.  This film can be seen as a Holocaust film with a twist.
It opens with Sephi the younger daughter, a music student, going to to perform with a choir from a music academy in .  In the concert hall after the performance a Polish woman comes up to her and starts yelling at her that her father, whom she resembles, is a murderer.  The woman’s son, the conductor Thomas Zielinski, draws his mother away and apologizes to Sephi.
Upset by this outburst and back in under prodding by her older sister Nana, she divulges what has upset her.  Nana, a more volatile character than Sephi, who had been abused by their controlling father, is determined to find out what this is all about.  They look up a dance instructor who tells them their father had been married before and had a son.  She also puts them onto another long time acquaintance of their father who gives them disturbing information.  They also learn that their father, his first wife and son had been hidden in the cellar of a Polish family who had the same last name as the woman who accused him of being a murderer.
In the meantime Thomas Zielinski, the Polish conductor comes to on the invitation of the head of the where Sephi is a student.  He is supportive of her and encourages her to branch out as a composer something she has been discouraged to do by the chauvinist head of the Academy.  He also invites her to come to to sing.  Her parents are reluctant for her to go to fearful she will uncover their secret.
However, realizing they can’t keep their past life secret any more, the father agrees to recount his story to both sisters.  He also tells them that he left a journal in a Polish archive with the full story.  While Sephi goes to to sing and to search for the journal, Nana becomes very ill, believing she is being punished for what she believes to be her father’s sins.  She doesn’t believe he is telling them the truth.  Sephi feels that she must find the journal in order to save her sister’s life.  Sephi also tries to reach out to Thomas’ mother who rebuffs her.  Thomas doesn’t know what secrets his mother is holding onto.
We are further drawn into the complex unwinding of this story, not knowing what to believe, while suspecting the worse.  The mysterious connection between the two families, Polish and Jewish with its roots in the darkest days of World War 11 takes us much deeper into the experiences of these very human beings who struggled to survive under impossible conditions.  The film also shows us that nothing is ever left behind as we observe the impact on the next generation of being the children of these survivors.

If you are an Older Adult (lets say 55 and up) please submit your film, restaurant, book reviews to this Blog.
Hamilton Stories, memoir (1500 words or less) are also welcome. Fiction too!!!
Check the HPL website for writing related sessions. http://www.hpl.ca/
Submit to kfoss@sympatico.ca (a word Document or in the email) We will get back to you as soon as we can!
Thank you for checking in to the Blog! 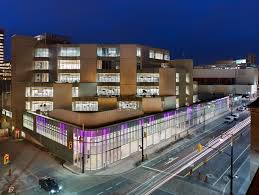